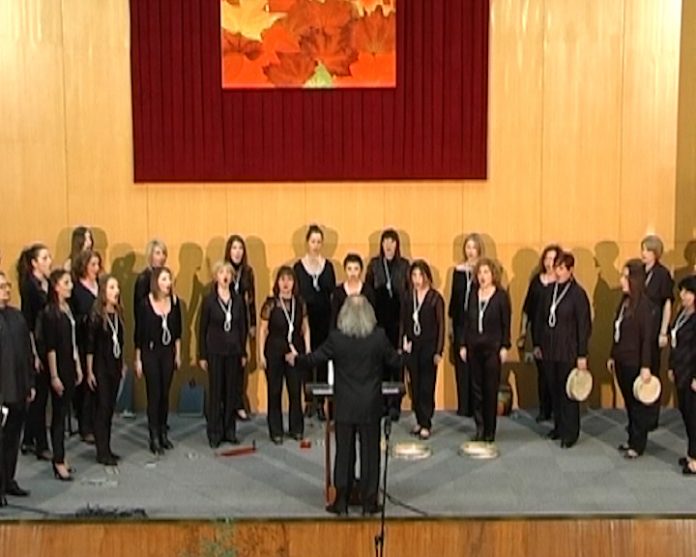 A series of impressive musical experiences of Macedonian artists. Each of these piecesof music is unique in its style, performance, energy. Carefully selected to be shot and processed and “packed” in TV projects, so that they would live forever.Should our Zafir Hadzimanov be written about and announced separately? No. His songs themselves tell the story about him and the size of his musical opus; here they are displayed as performed at a concert and include: “Kako Vardar kje dotecham”, “Ljubi me i glavata gore”, “Zemi momche Makedonche”. Eternal and timeless songs, which one cannot help but hum.It extends to the “ZHLUST” project, which together with the Macedonian Philharmonic Orchestra offers eminent pleasure and enjoyment to fans of classical music, where the sounds of many musical instruments are well measured and played with the purpose to satisfy even the most refined musical ear.It also includes the artistic choral performances of “Rustiko”, on the occasion of the 70thanniversary of the music doyen, the Macedonian composer, Risto Avramovski. The most prolific Macedonian musician, whose works gain special touch through the conducting uniqueness of Zapro Zaprov. The concert of the band “Fleka”, on the other hand, gives a different musical experience, a music lesson from another generation, but yet from our domestic music creators who are both young and promising.Our music artists give “beauty to our world”, and there is plenty of it in the musical theatre opus of Goran Trajkoski, providing with greater power every theatre stage and every performance in which they are played. Hence from what is sublimated in the 10-year creative work, as a piece of what this artist has created, and performed in one place – in the Macedonian National Theatre.Special enjoyment for those who want to listen to classical music, but presented in a different manner – in conjunction with our famous folk songs. Under the baton of Borjan Canev, the director Dejan Projkovski and in an unusual performance of the opera couple, Igor and Ana Durlovski. With due respect for jazz as well, and on the occasion of April 30th – the International Jazz Day, because everything is jazz today. When thinking of the jazz of today, one certainly thinks of Toni Kitanovski Trio.All these musical experiences as a challenge of choice of all the refined tastes.