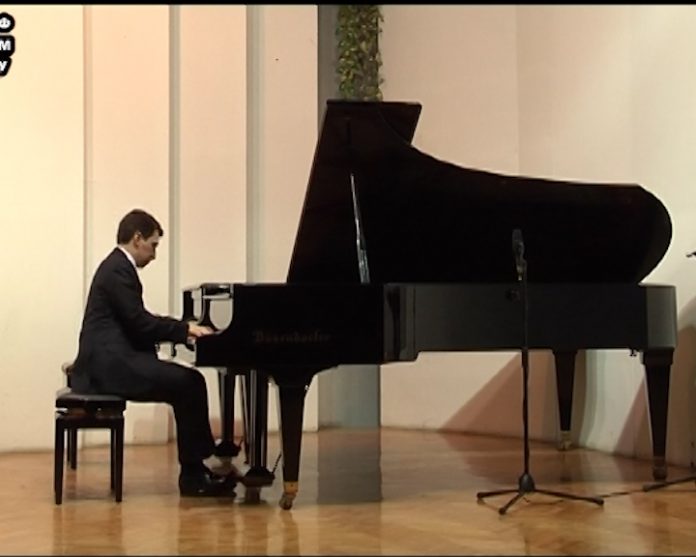 Classical, artistic, being the expression of life, the beauty, the sadness, the joy… from the Renaissance to the present day, not succumbing to the “tooth of time”… is put to the test. How long will it last?That is why it was selected for this series, as another confirmation that it exists and overcomes time, becomes timeless and continues to be listened.It’s choice for every lover of classical music, through a combination of performances, events and works, as they inspired the artists and multiplied over the years.Compositions that achieved supreme fame with exceptional artistic value, processed by domestic and foreign artists who have been guests on the domestic music scene. Thereis something for everybody, from the gentle sounds of the Symphonic Orchestra, to many Italian performances by young artists along with those of the students of the Brass-Orchestra at the Music and Ballet School Centre, where one can feel the enthusiasm, that gleam in the eyes of these young artists.Furthermore, it extends to the virtuosos two men, Arda Mustafaoglu and Dino Imeri, witha well-deserved epithet and the rising generation in the role of guests, hosted the concert on the Faculty of Music in Skopje.To the concert of Mihajlo Kufojanakis, with his violin mastery, on the occasion of his 35th anniversary of artistic career, in piano accompaniment by Todor Svetiev. With deserved participation in this music series, because, “without a doubt, the road from the concert stage to the well-deserved musical name is long and arduous,” as written in his biography.The selection of concerts is complemented by the concert of the Chamber Orchestra of the Jeunesses Musicales Macedonia held for the celebration of its 30th anniversary, with the masterful baton of Sasha Nikolovski Gjumar, who will be remembered for its very uniqueness.The concert in honour of Georgi Bozhikov, a prominent opera artist, filled with arias fromfamous classics, with the performance of soloists from the Macedonian Opera: Boris Trajanov, Igor Durlovski, Vladimir Sazdovski, Tihomir Jakimovski with piano accompaniment of Elena Siljanoska.Of course, it is a great pleasure that this selection includes the special musical experience, the recital of one of Italy’s leading countertenors, Luigi Schifano, presenting works by Parsel, Bach and Handel, filling them with his dark and warm timbre, as a rare and specific voice, accompanied by piano by Dino Imeri and directed by Dejan Proshev.
It is also extended to the unusual musical enjoyment of our region, for fans of brass instruments, but also for all the curious ones. Concert of the City Brass Orchestra with current musical refrains played.Through the concert of the Bitola Chamber Orchestra inspired by the eternal James Bond, depicting the filmic experience through symphonic musical performance, which raises the adrenaline of both the instrumentalists and the audience, with the vocal performances of Nade Talevska, Miki Sekulovski, Irena Dimovska.Fortunately, the great recital “Posveta na ljubovta” (Dedication to Love) as well, because the music is love experienced through the works of Tchaikovsky, Rachmaninoff, Liszt, Strauss, and performed by the opera diva Vesna Gjinovska Ilkova, with a concert on the occasion of 20th anniversary of her artistic career.The concert of Miha Pogacnik, the Slovenian cultural ambassador and world-renowned violinist, as part of the project “Europe – Foreign Masterpiece”. For whom: “The art is not fun. The art is very dangerous, it’s a creation.”