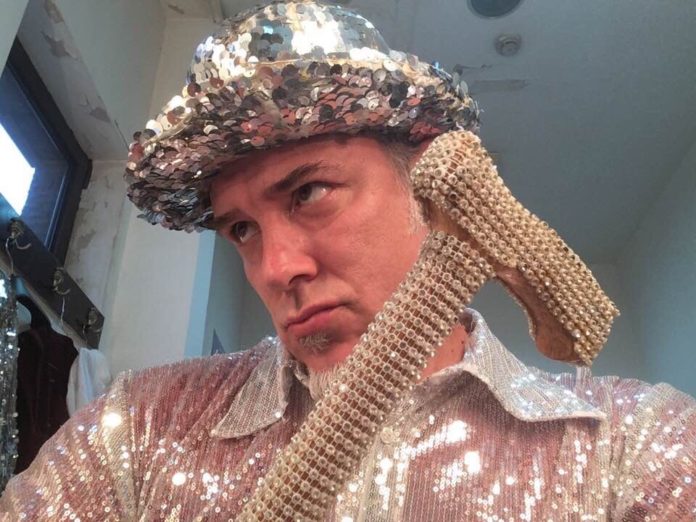 I know people who remember how they spent their days in kindergarten. I cannot remember anything from that time. Absolutely anything. Like my life has begun in 1980. Radio drama. Lilacs. The red poppies, the Gypsy boy. Red, Yellow, Green and so on. Army in front of the Faculty of Dramatic Arts. A bit scary. Because the war started in the deceased state.

I have worked on many jobs. I used to sell old auto parts on the auto market. I used to pick sour cherries. For money. They never gave it to me. I used to host recorded music for an audience. In café bars. Van Gogh. Old School. Jukebox. I have always tried to be good at what I do.. It was not always successful.

I graduated from faculty in 1995. Big deal. Even bigger when I got hired. In DRAMA THEATRE. Theatre shows. Starring engagements. Theatre. Film… almost none. Just a few.

In addition to the DRAMA THEATRE, my second home was NASHA TV. Since the very beginning. It is only there where I can be free to be creative. I create. To try to do the unthinkable. To be creative as in those purest and most innocuous faculty etudes. Where everything is possible and real. This is how the POMAGACHOT show was born.